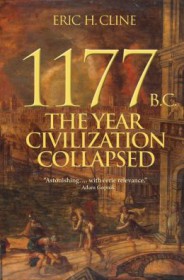 When most book clubs meet to discuss that month’s chosen book, they usually discuss some work of popular fiction. Not so with my particular book club. After I joined the club last fall, we’ve yet to a single piece of fiction. Instead, we’ve read an array of intellectually stimulating nonfiction books like David Quammen’s Spillover, Steven Pinker’s The Blank Slate and Steven D. Levitt and Stephen J. Dubner’s Think Like a Freak. Not long ago, our club met recently to discuss our latest book which happened to be Eric H. Cline’s 1177 B.C.: The Year Civilization Collapsed. Our happy band of intrepid readers found Cline’s 2014 book to be a concise, readable but nevertheless intelligent account of how and possibly why the great civilizations of the Late Bronze Age collapsed. With a book like that, needless to say we had much to talk about as we met over beers at a local brew pub. After all, when you’re talking about the decline and fall of the ancient world’s most powerful empires, how could it not make for an interesting discussion?

According to Cline, by the Late Bronze Age the ancient Levant and bordering region was home to a number of  flourishing and powerful kingdoms like the Egyptians, Hittites, Trojans, Minoans and Babylonians. Far being a collection of insular city-states, these ancient kingdoms were highly interconnected through trade, royal marriages, military alliances and tribute in the form of gold, jewels and other riches. Then, over a relatively short period of time all these great kingdoms collapsed, with the exception of the Egyptians. (They weathered the storm, but after surviving whatever decimated the kingdoms of the Late Bronze Age Egypt was never the same.) But what on earth could have caused this unparalleled unraveling of the ancient order?

For years historians have blamed this collapse on a group called the “Sea Peoples.” Thought to originate from some exotic location like Sicily or Sardinia, these marauders roared across the Levant burning, pillaging and killing everything in their path, much like the Vikings would do across much of Europe in the Middle Ages. In the end only Egypt was able to finally defeat these attackers and in doing so suffered a Pyrrhic victory from which the ancient kingdom never fully recovered. But is that really why things horribly fell apart at the end of Bronze Age?

Recently, a number of historians and archeologists have blamed this collapse on other factors. Some feel it was due to environmental disasters like earthquakes, volcanic eruptions or droughts. Some feel it was due to extreme civil unrest or civil war. Or perhaps the region’s tightly interconnected trade networks somehow imploded and this resulted in havoc spreading throughout the kingdoms of the Late Bronze Age.

But according to Cline, none of these explanations fully explain why it all collapsed. Although he’s not 100 percent sure why it all fell apart, Cline thinks the reason has much to do with those kingdoms’  highly interrelated economies. For example, tin is essential in making bronze and at the time it was being mined in just one out-of-the-way place in the ancient world. Much like with today’s petroleum reserves, any interruption in its supply could have created widespread repercussions. In his book, Cline suggests that a series events and/or disasters occurring simultaneously or near simultaneously across the region could have caused a cascade of larger and more widespread failures. In short these “force multipliers” could have overwhelmed the established order, resulting in a kind of “systems collapse” of the Late Bronze Age civilizations.

While some readers will probably criticize Cline for not delivering a clear-cut answer to this ancient mystery, I on the other hand will not. If anything, I commend him for looking at the historical evidence carefully and having the intellectual honesty to not offer a definitive answer. After all, as my book club learned from reading Steven D. Levitt and Stephen J. Dubner’s Think Like a Freak, it’s very easy to give an answer. It takes a lot of courage to say that you really don’t know. 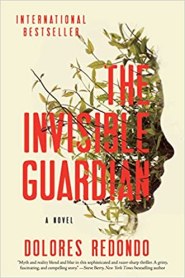