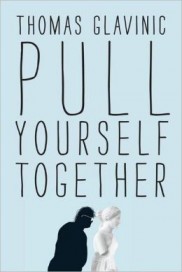 As you can probably tell, I’m having a lot of fun with Rose City Reader’s European Reading Challenge. When I rummage through the shelves at my public library I’m always on the lookout for books by European authors or set in European countries. One such book that caught my eye during one of these library visits was Pull Yourself Together by Austrian novelist Thomas Glavinic. In spite of being completely ignorant of both the book and its author, on a whim I decided to take a chance on it. After letting it sit around my living room ignored for over a week I suddenly found myself in the mood for a little fiction. (Truth be told, after a long bus ride home while reading John Shelby Spong’s Re-Claiming the Bible for a Non-Religious World and having my head swim a bit from Spong’s commentary on the Pauline Epistles I needed a break.) So I picked up Glavinic’s novel and began to read it. And to my surprise I was pleasantly entertained.

Told in the first person, Pull Yourself Together tells the story of Charlie Kolostrum’s journey through young adulthood. Set almost exclusively in an unnamed Austrian city (probably Vienna, but Glavinic never comes out and formally tells us) Glavinic’s novel follows two decades of Charlie’s daily adventures. Seen even by himself as indifferent and under achieving, he ambles along in life while being kept company by a host of strange and outrageous characters, many of which are relatives. (His mom, a drunken floozy with occasional anger management issues and a penchant for one night stands, is constantly slipping him packages of diet pills in hopes he will take them and stop gaining weight. With casual disinterest he never takes them. That, and his poor eating habits contribute to his ever worsening obesity.) He pursues women, sometimes getting them and sometimes not. In order to give some purpose to his life he tries to follow the lessons of cheap self-help books. When he does succeed, it’s usually by accident and in spite of himself. And along the way surprising number of people die.

Glavinic’s writing, while maybe not as intelligent as Tibor Fischer’s, as twisted as the late Ian Banks’ or as outrageous as Chuck Palahniuk’s, is crisp, dark and above all funny. If you’re a fan of the three previously mentioned authors, then you should have no problem liking Pull Yourself Together.

8 thoughts on “Pull Yourself Together by Thomas Glavinic” 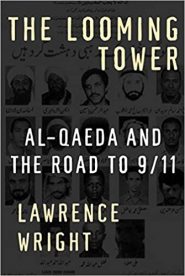