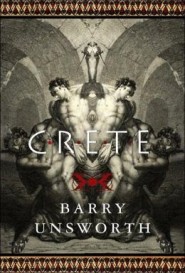 One of the Cretans, a prophet of their own, said, “Cretans are always liars, evil beasts, lazy gluttons.” – Titus 1:12

Even though I’m not a big fan of travel writing, I still had high hopes for Barry Unsworth’s 2004 book Crete. Before reading Crete, I don’t know a lot about the Greek island. Over the years I have heard that Crete, like other parts of the Mediterranean, has a long and fascinating history. From ancient time until the modern age, the island’s long list of occupiers has included Romans, Arabs, Byzantines, Venetians, Ottomans and Germans. Thought by many to be the birthplace of the Greek alphabet, legend has it’s also the birthplace of the god Zeus. So, one would think when such a potentially interesting place becomes the subject of a Booker-prize winning author like Barry Unsworth, the end result would be an entertaining and fascinating piece of travel writing. Unfortunately, I fear that it is not.

Maybe my expectations were too high, but I felt a bit underwhelmed by Crete. Even though Unsworth taught me quite a lot about the history, geography and inhabitants of Mediterranean’s fifth largest island (little did I know that Crete is home to Europe’s longest gorge) I still thought his book lacks something. Yet, sadly I can’t put a finger on what that missing element could possibly be. Who knows, maybe I just don’t like travel writing. At least I learned a lot about the island of Crete. So I guess I should be thankful.

One thought on “Barry Unsworth does Crete”